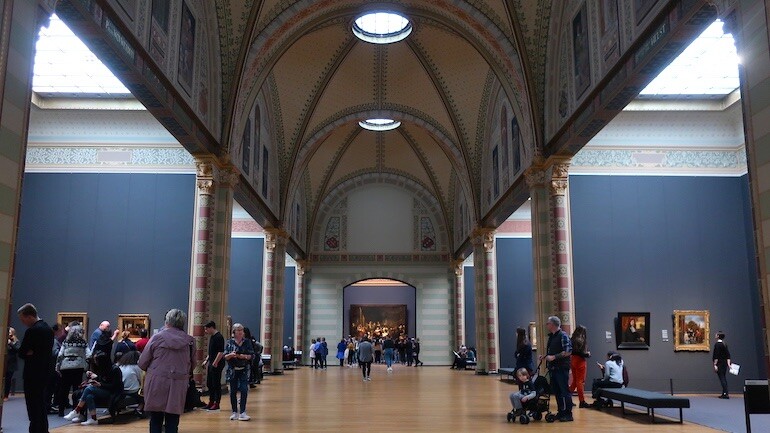 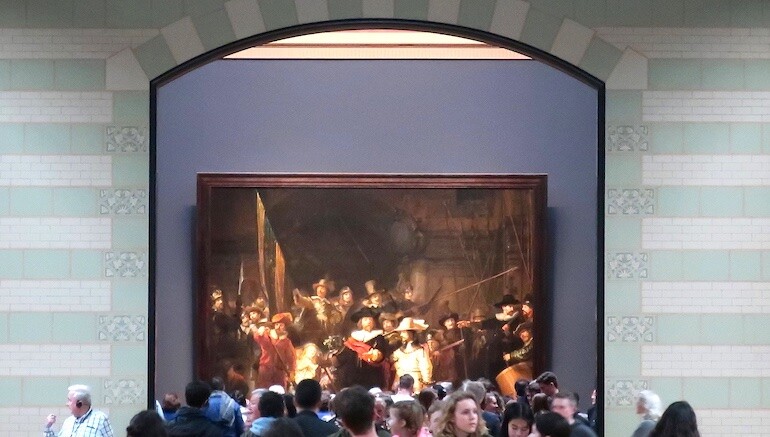 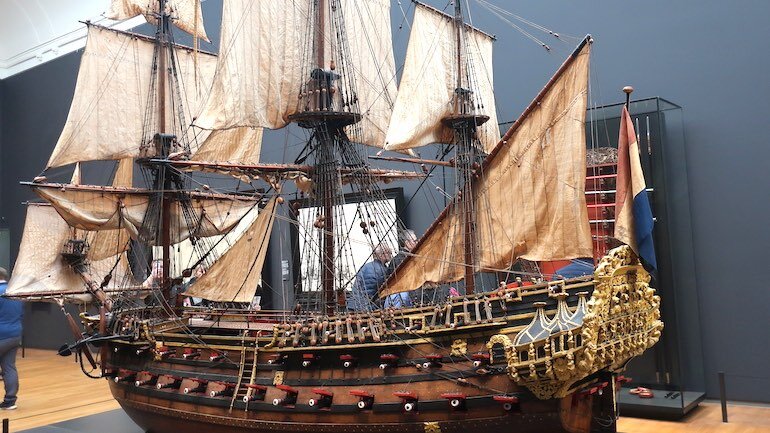 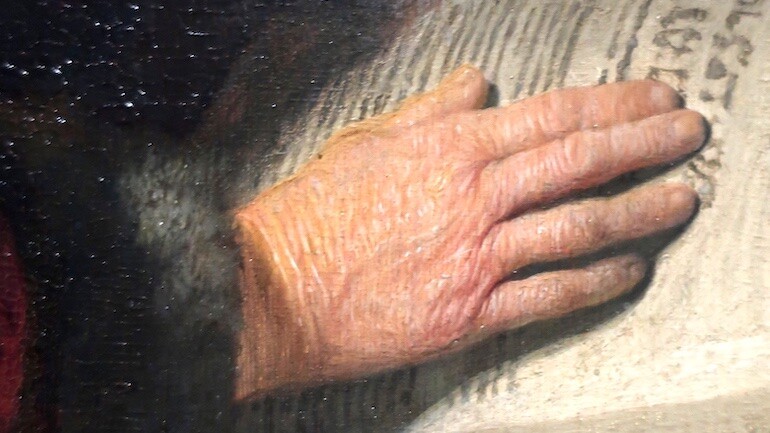 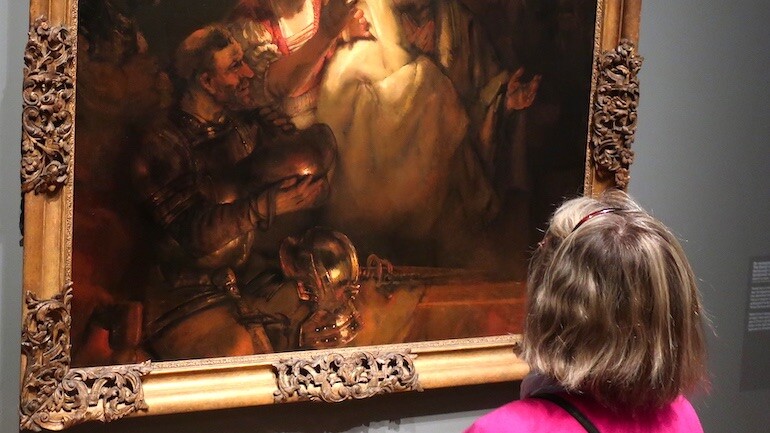 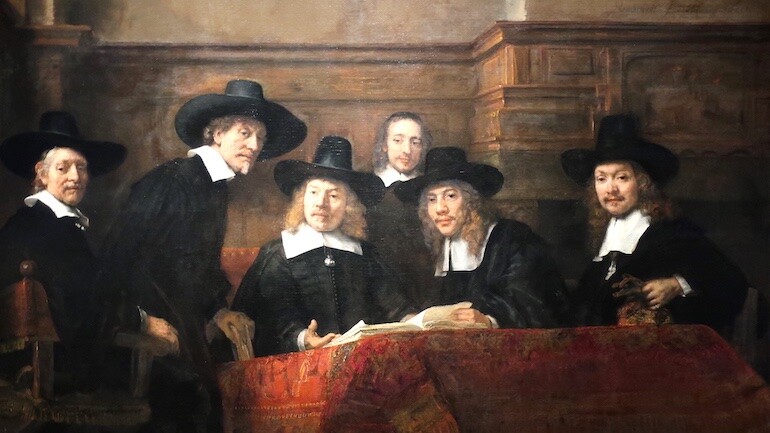 The Rijksmuseum is the largest art museum in the Netherlands and one world’s best museums. It boasts an impressive collection of  works spread out over more than 80 halls. World-renowned masters such as Rembrandt van Rijn, Van Gogh, Johannes Vermeer and Frans Hals are all on display. Get the best Rijksmuseum tickets here online. 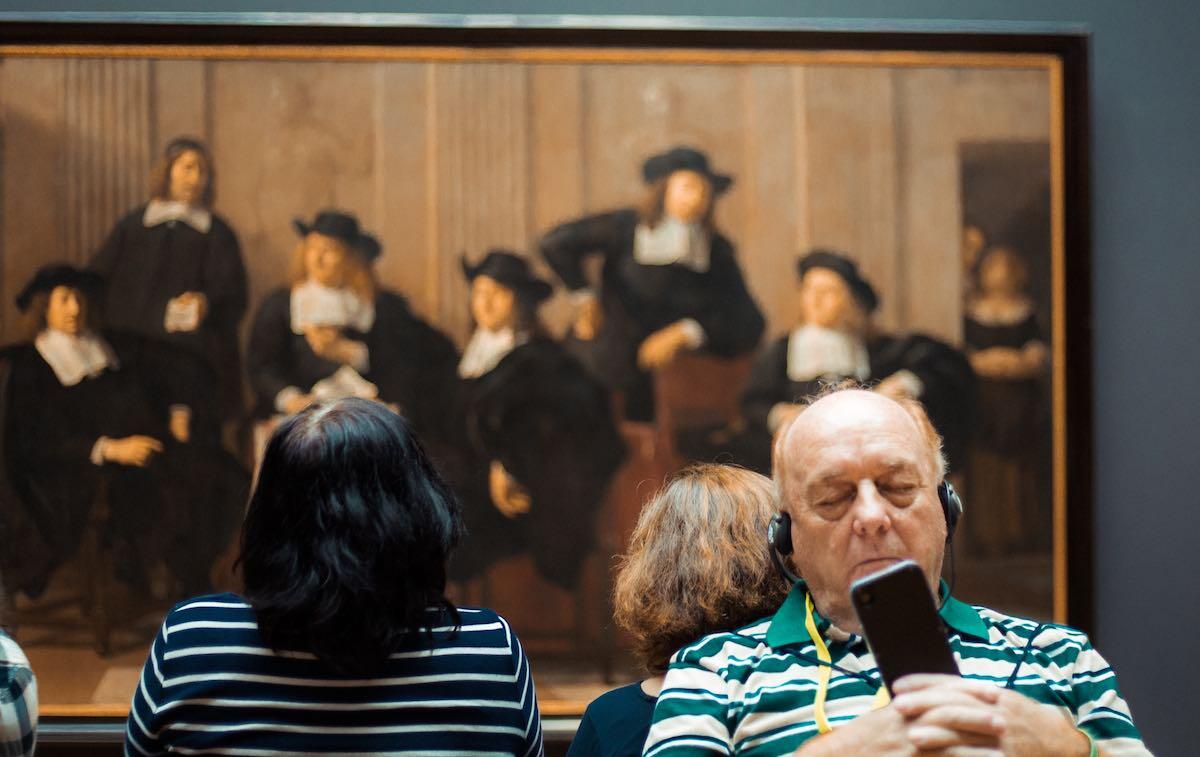 The building is situated in the heart of Amsterdam’s museum district, where you can also find the Stedelijk and the Van Gogh Museum. The Royal Concert hall located opposite to the Rijksmuseum is considered to be one of the finest concert halls in the world.

Did you know that Rembrandt got married The Old Church in Amsterdam Red Light District?

The Rijksmuseum was designed by Dutch architect Pierre Cuypers and was opened to the public in 1885. Since 1970 the museum has been Dutch national heritage. In 2013 an extensive 10-year renovation was completed.

The new interior of the museum is a perfect blend of the old with the modern. The atrium over the entrance hall features a high glass ceiling and spacious, modern architecture that’s uniquely combined with the traditionally red coloured brick walls.

The collection of the Rijksmuseum contains more than a million pieces and has around eight thousand paintings on display, sculptures and historical art objects, ranging from the year 1200 to the present. Some of the most remarkable paintings include Rembrandt’s The Night Watch (1642), The Milkmaid by Vermeer (1647) and one of Van Gogh’s self-portraits (1887).

Rembrandt was born in 1606 in Leiden, Netherlands. He was an artist who painted portraits, landscapes, religious subjects, and self-portraits. His paintings were considered revolutionary at the time because he used light and dark colors to create his works.

He died in 1669 at the age of 42. Rembrandt’s art has been collected by museums around the world and is worth millions of dollars.

Van gogh was born in 1853 in the french city of venoge. He died at the age of 37 after he cut off his ear. His paintings were mostly done during his early 20s. He was an artist who had a unique style and technique. He used thick paint strokes and bright colors.

Johannes Vermeer was born in 1632 in Delft, Netherlands. He died in 1675. His paintings were mostly religious subjects, such as The Prodigal Son, Christ Healing the Sick, and The Milkmaid.

Vermeer painted his Girl Reading at an Open Window in 1668. It is considered one of his masterpieces. This painting has been called the first example of Dutch Golden Age painting.

Furthermore, he wanted the fundemental anatomy of the Rijksmuseum to remain visible. In Rijksmuseum’s library, the iron load-bearing construction is plain to see. A lot elements were restored to their original state during the renovation. Did you know that Cuypers designed a large skylight to make it possible to read by daylight? When the Rijksmuseum opened in 1885, reading by daylight, rather than by flickering gaslight, was super modern. Cuypers also designed Amsterdam’s Central Station by the way.

How long to spend at Rijksmuseum?

How long should you spend at the Rijksmuseum? That all depends on how much time you have, and how much you want to see. If you only have an hour, you can certainly see the highlights. But if you want to take your time and explore everything the museum has to offer, plan on spending at least half a day. And if you really want to get the most out of your visit, come back for a second day – or even a third. After all, there’s no such thing as too much time when it comes to art.

What paintings are in the Rijksmuseum?

The Rijksmuseum is a world-renowned art museum in Amsterdam, and it is home to paintings by some of the most famous Dutch artists. Among the paintings on display at the Rijksmuseum are “The Night Watch” by Rembrandt van Rijn and “The Milkmaid” by Johannes Vermeer.

Also on display are paintings by Frans Hals, Jan Steen, and Pieter de Hooch. The Rijksmuseum also has a large collection of paintings from the 17th century Dutch Golden Age, making it one of the most important art museums in the world.

Looking for the perfect souvenir to remember your trip to the Rijksmuseum? The Rijksmuseum shop has a great selection of souvenirs, ranging from key chains and mugs to clothes and jewelry. You can also find a variety of books about the museum and its collections. Whatever you’re looking for, you’re sure to find it in the Rijksmuseum shop.