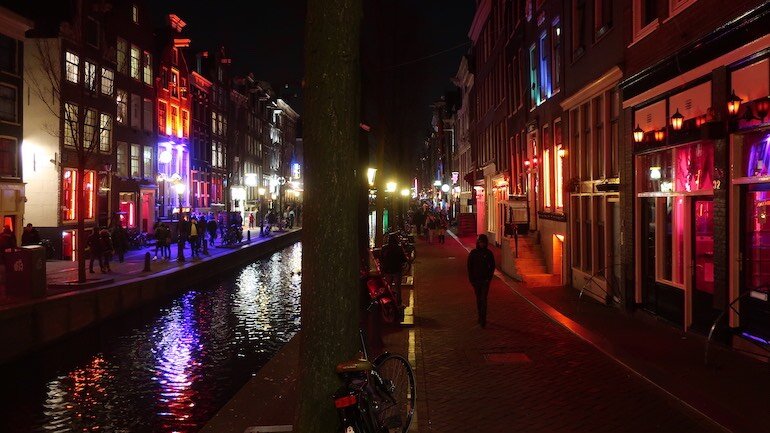 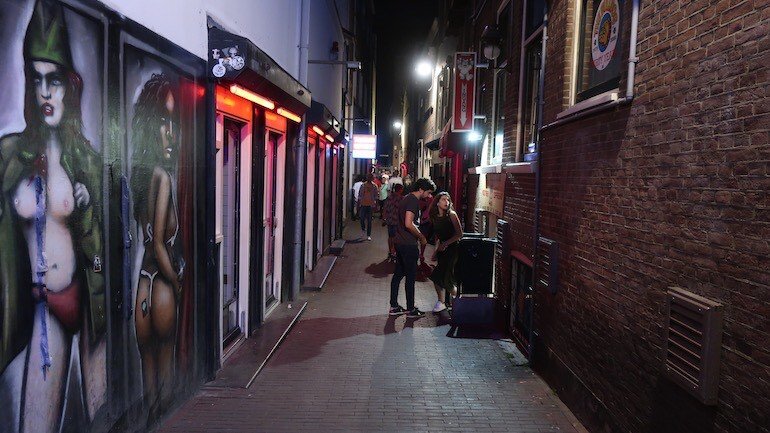 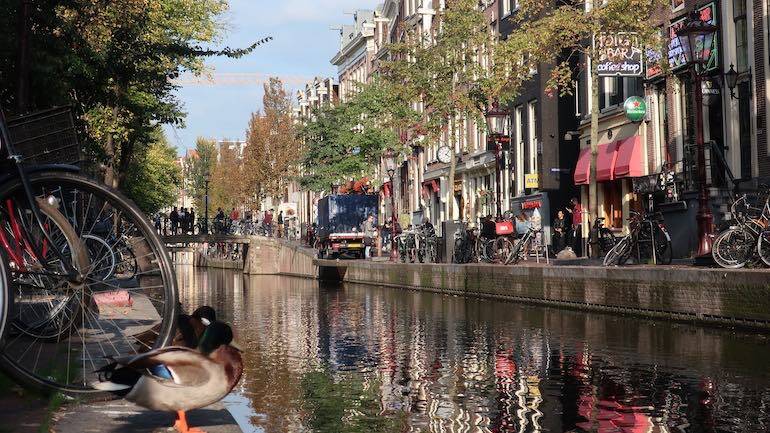 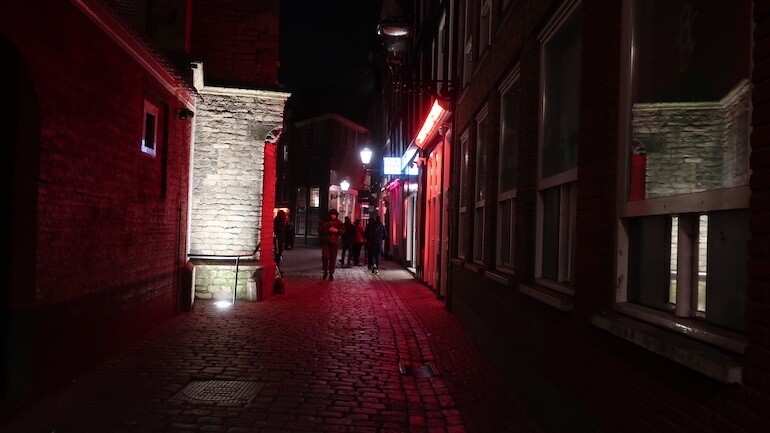 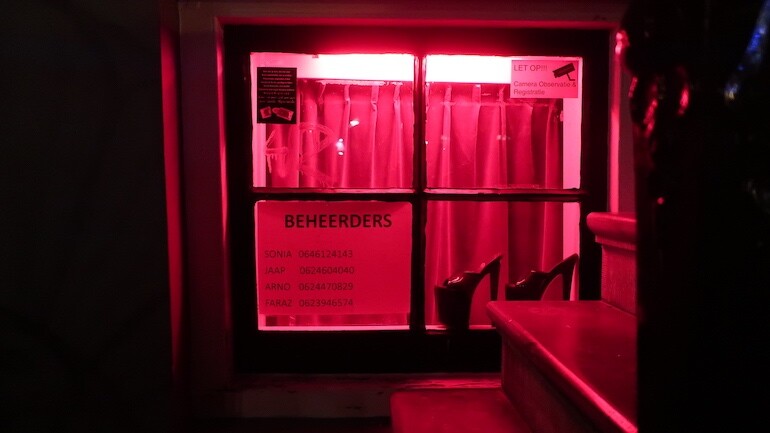 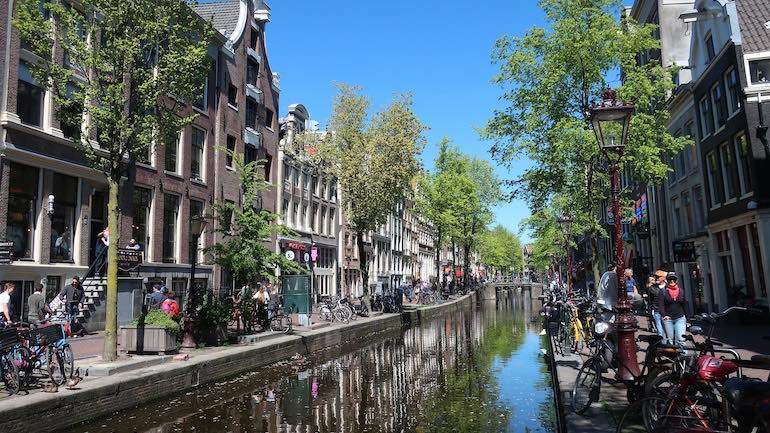 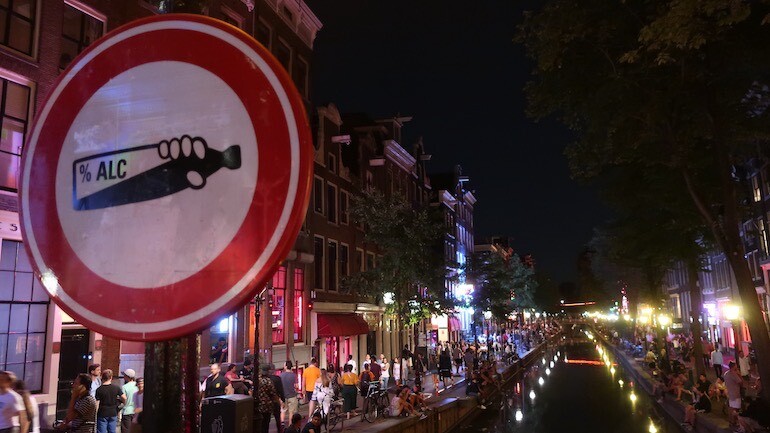 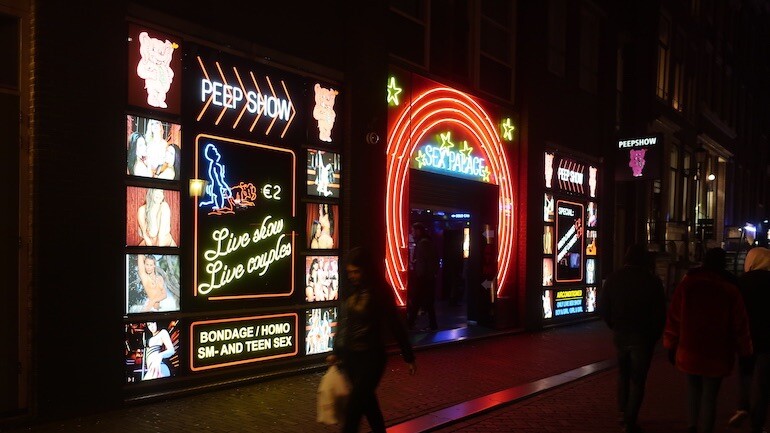 Explore Amsterdam’s oldest and most famous area in less than 2 hours. Our virtual guide will show you around during our Red Light District Amsterdam tour, pointing out the highlights and spots that you’d normally miss if you walked around by yourself. This GPS-guided tour is truly an unforgettable experience! It contains all the facts that you need to know, and they are delivered with some humour! 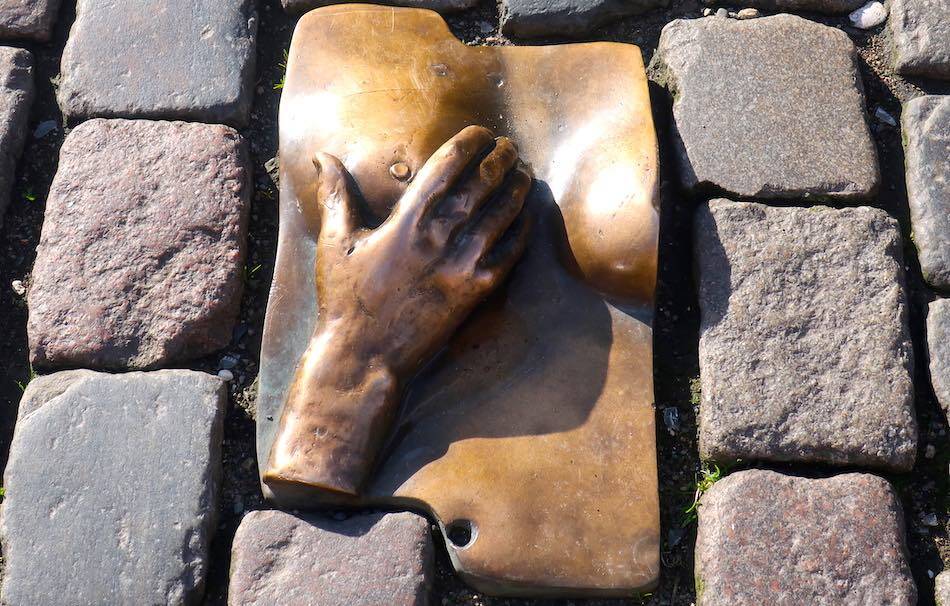 Hear about the lifes of Amsterdam prostitutes and their legal industry in a respectful manner from a local. See most of the 288 window brothels which are surrounded by beautiful canals & amazing Dutch architecture. Enjoy our fun, interesting & exciting tour, that Fox News and Yahoo listed as one of the wackiest and weirdest out there! 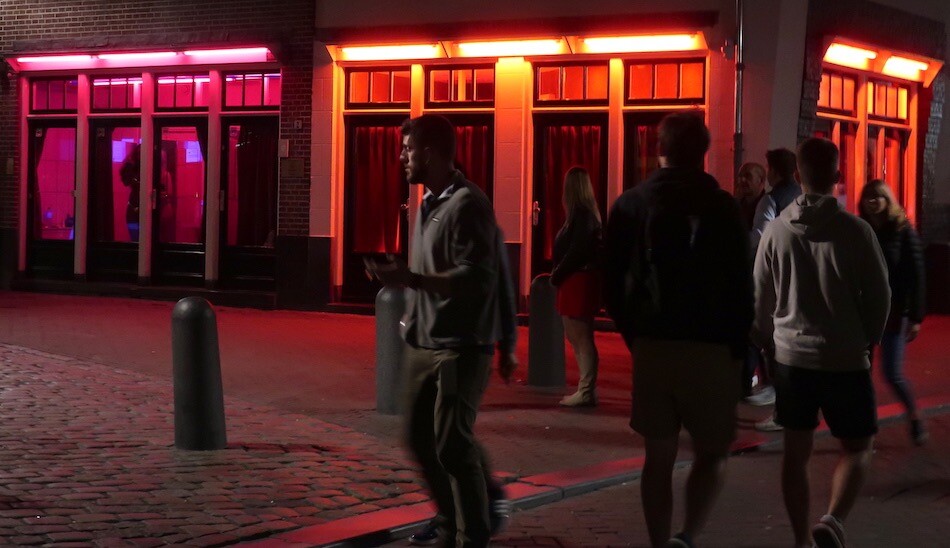 The Old Church Square in the Red Light District.

Walk past the many scenic Dutch canal houses and through the city’s most narrow alleyways and behold De Waag – the former entry gate to the city. 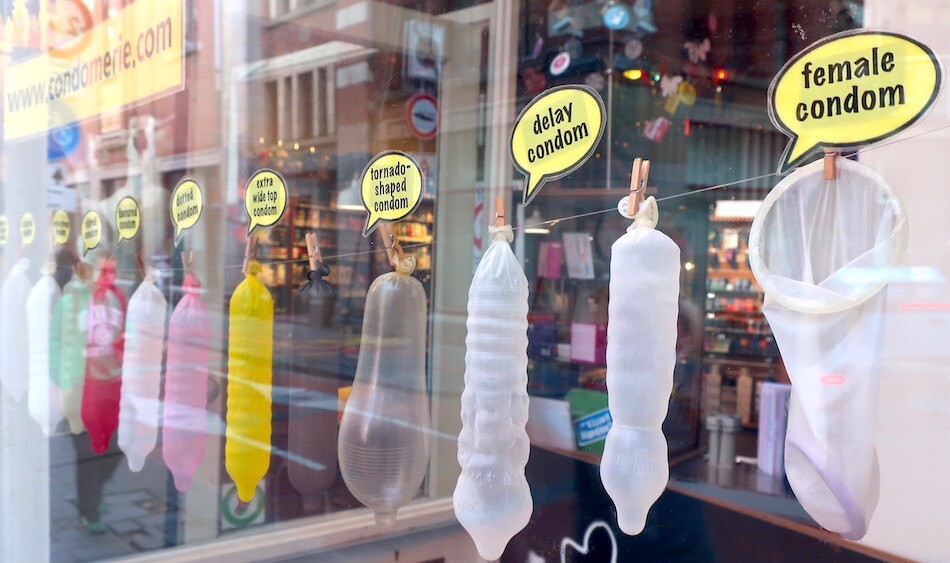 First condom shop in the world. 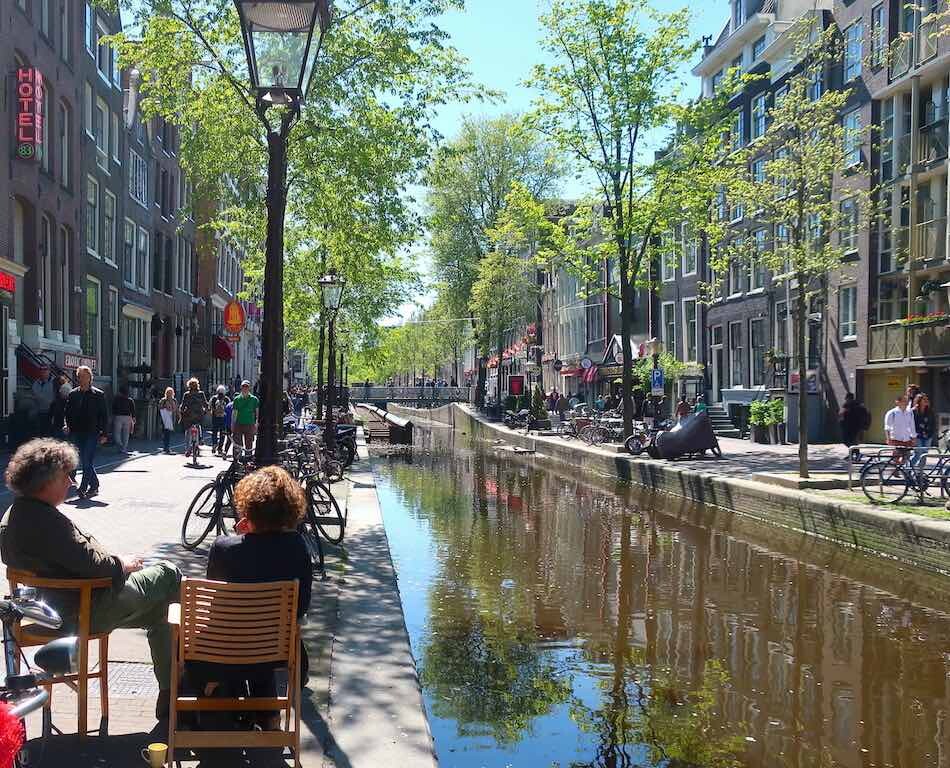 Just back from this tour and it was very very good. Tour guide was very knowledgeable about the area and included a lot of humor in his stories made it very relatableand interesting. I loved it