So how does this sex show work?

You can buy your tickets on our website or at the door. However, buying at the door could mean that you have to wait in line. The 5D Cinema Theatre only has one screen and they can seat a maximum of 18 persons per showing.

Take a seat in one the racing car design seats, which are really comfortable. The chairs actually move around to the action taking place on screen. Once the 5D movie starts get ready for an explosion for the senses!

Besides being fully 3D you will also get a barrage of special effects thrown at you that are perfectly synched with the images on the screen. Effects include water, bubbles, smoke and wind. You’ll leave this experience completely energised with a big smile on your face!

Fun Things To Do in Amsterdam Red Light District 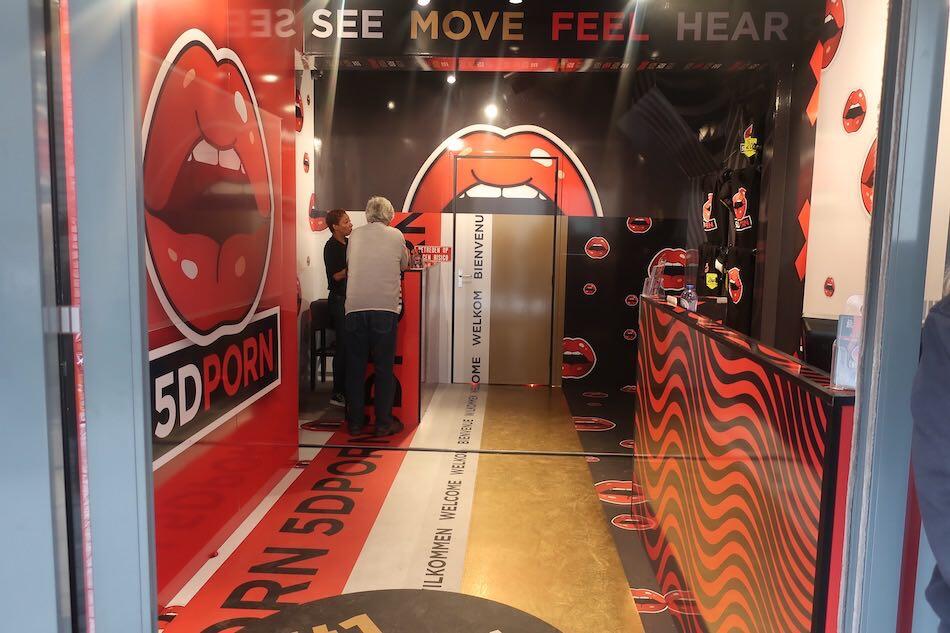 In an interview the owners of the 5D Cinema Amsterdam Red Light District state that this extremely fun experience wasn’t created just for tourists but also local Amsterdammers and the Dutch in general. People looking for something fun to break the norm.

Husbands come with their wife to try something different and have a good laugh. The owners of the 5D Cinema Amsterdam are Natalie en Maikel. Together at one point they decided that Amsterdam’s Red Light District was ready for something new besides all the window brothels and strip bars.

Booked 2 tickets via the website. Got to the cinema and its closed on the day we have tickets for and ways has been. Number for this company is out of use, no reply to emails or Web forms. AVOID

Would give 0 stars if I could.